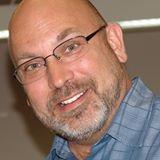 If you’ve spent any time in management at all, you’re familiar with the old proverb exhorting us to avoid majoring in minors.

The Pareto Principle, also known as the 80-20 rule, contends that 80% of effects result from 20% of the causes.

For example, in business:

Management guru Peter F. Drucker encouraged those managing organizations and leading people to do the most important thing first each day. Successful management is a result of using your time wisely and focus your energy on the right thing.

“Do first things first, and second things not at all.” – Peter Drucker

Not discerning how to best use their time is the underpinning of everyone who utilizes the micromanagement style. Simply put, they don’t pause to ask themselves the vital question “Is this the best use of my time and energy?”

A micromanager holds onto everything tightly. They haven’t discovered the ability to hold things loosely, let alone know when to let go of certain things and trust others to do the job they were hired to do.

The micromanager, instead of giving general direction on small tasks and devoting energy and focus on larger concerns, attempts to monitor and evaluate every tiny action step devoid of any ability to delegate any decision-making authority. If a light bulb is burned out, they might let you change it out without first checking with them. Otherwise, beware of taking action without consulting them first, even if you’re well within in the parameter of your authority.

Simply put, they trust themselves to do the job better than anyone else and believe no one else is possibly as capable as they are, regardless of the task. Whatever it is, they are better at it than you ever thought about being. They fail to ask themselves “Am I the only that can do this?”

Nothing is more frustrating as an employee than being hired to do a job and then not being trusted to do it to the best of your ability. It dumbs down the workforce, demoralizes the staff, and demotivates the individual.

In their effort to control every aspect of everything, micromanagers actually yield poorer results and often find themselves spinning in circles, like an old blind dog chasing his tail.

If you don’t trust those you hired to do the job they’ve signed up for then you either have the wrong person for the job or perhaps you need to reevaluate your hiring process, especially the one who is doing all the hiring.

Micromanaging demonstrates an immaturity in overall management know-how and a lack of skill. It breeds a negative work environment and creates a poor company culture. Spoon-feeding is for babies. Treat people like adults. Empower them to do their work by getting out of their way and trusting them to do the job you’ve hired them to do. You’ll be grateful that you did. Trust me.