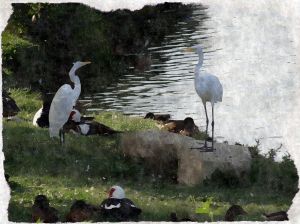 The idea of doing without is not a popular concept in our culture. However, in ancient times, fasting was a routinely practiced discipline, as commonly practiced as prayer. Indeed, in biblical times, we see that fasting is often times practiced in conjunction with prayer.

In the Bible, fasting usually refers to going without food and drink for a period of time.

We find an example describing fasting in the book of Esther, the story about a Jewish woman becoming the wife of a Persian king and preventing the total annihilation of the Jewish race within the Persian Empire.

“Go, gather all the Jews to be found in Susa, and hold a fast on my behalf, and do not eat or drink for three days, night or day. I and my young women will also fast as you do. Then I will go to the king, though it is against the law, and if I perish, I perish.” Esther 4:16

Throughout Scripture, we find examples of annual fasts, regular fasts, and occasional fasts.

Fasting helps us mark a religious commitment, express our devotion, or offer repentance for sin. Fasting helps draws us nearer to God.

Fasting helps us seek God’s guidance and it expresses our earnestness in following through on a commitment. Fasting aids us when we mourn and grieve the loss of loved ones, require God’s intervention, or need to do penitence. Through fasting we express our dependence on God.

In the Old Testament, fasting was a way of humbling oneself before God, indicating a person’s submission to God and His authority. We see people tear their clothing and dress in sackcloth and ashes. Fasting is primarily practiced when experiencing suffering or facing danger.

In the New Testament, fasting is primarily found in the Gospels, and is not accompanied by sackcloth and ashes. In the New Testament we see that fasting is practiced by John the Baptist and his disciples, as well as the Pharisees. In the early church, it appears that fasting was a common religious practice exercised in conjunction with worship, not just a practice set aside for times of suffering or periods of being faced with danger.

I know that during Lent, we often choose to abstain from something that we may have grown an unhealthy appetite for. This may be food or drink. It could also be technology, television, video games, or other things that interfere with our having a proper relationship with God and others.

I also know people who combine fasting with prayer during periods of deep meditation, particularly when they are seeking direction from the Lord on an important matter or when they are faced with a life-changing decision.

How about you? Is fasting a discipline you practice regularly?

One thought on “The Discipline of Fasting”