Americans celebrated their first official day of Thanksgiving in 1777 after Washington’s victory over the British at Saratoga. However, the national day of giving thanks didn’t take hold until a few years later in 1846 when Sarah Josepha Hale, the first female American magazine editor and the author of “Mary Had a Little Lamb”, began writing letters to the President calling for a National Day of Thanksgiving. 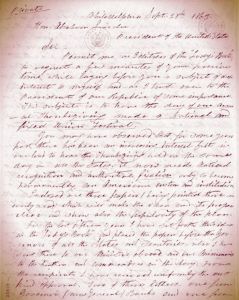 Inspired by early Puritans who dutifully observed Thanksgiving days of prayer following a bountiful harvest, Sarah believed that Americans needed a national holiday focused on giving thanks. Her campaign for a National Day of Thanksgiving included writing emboldening essays to promote her cause. In 1863, while America was being ripped apart by the Civil War, President Abraham Lincoln proclaimed the official observation of a National Day of Thanksgiving in hopes that it would eventually help heal a country divided by war. Thanks to the diligent efforts of Sarah Josepha Hale, Thanksgiving Day became a national holiday, which at the time was celebrated on the last Thursday in November. 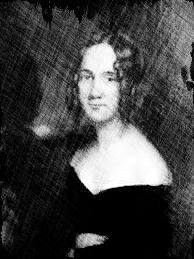 By the time the 20th century rolled around, the holiday began to transform into a holiday of leisure and new customs, like football and turkey. It also marked the beginning of the Christmas shopping season,  proving to be a crucial part of the Nation’s retail business, so much so, that in 1939, President Franklin Delano Roosevelt moved the holiday up a week to extend the holiday shopping season and provide a much needed boost to the country’s flailing economy. 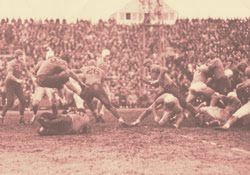 However, not all of the State’s agreed with the change, calling it “Franksgiving”.  Congress finally stepped in and in 1941 declared Thanksgiving Day to be observed on the fourth Thursday in November ushering in what would grow to be one of America’s favorite family holidays. 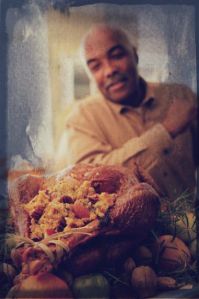