Ethics are standards of right and wrong that tell us what we as humans ought to do in regard to rights and responsibilities, justice and fairness, benefiting society and the greater good, and other virtues. Over time, cultural norms, societal feelings, and even laws change causing us to deviate from what is long considered as ethical.

For example, most societies over time, hold to the tenet that murdering someone is not ethical. Or, in most cultures, stealing or being dishonest are not actions or virtues held in high esteem. Whether someone wears a belt or instead wears baggy pants that droop isn’t really an ethical issue. However, it may speak to an ethical concept—such as dignity or respect.

Just because you can do something doesn’t mean you should. Therein lies our dilemma of ethics today. In our instant gratification society marked by an “it’s all good” mentality, ethics is drowning in a dark whirlpool.

Postmodernism holds that there are no absolutes. Truth and Good are considered a matter of perception and left to their respective end user.

Almost daily the news is filled with images of people facing armed authorities and failing to follow simple instructions. The officer, a man or woman carrying a gun, yells for the individual to “Stop”. Instead of stopping, we see the person move towards the armed officer. Somehow we have lost our basic respect for authorities. We think that by doing what we are told we are being cheated of our personal rights or hindered in expressing our freedom.

Going through life without thinking before we speak or not bothering to consider the cost of our actions doesn’t enhance the greater good. We are not a better society because we behave recklessly without empathy for others. 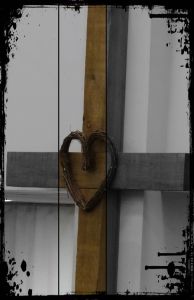 Doing the right thing often comes with the price of sacrifice and submission. These are two unpopular words in our 21st century culture. We simply don’t like the idea of giving up something we feel is our due. We disdain submitting to anyone or anything that impedes our desire to fulfill our new, modern-day, golden rule of “do what you want, when you want, with who you want”.

Ethics speaks to the essence of what is right or wrong. The question we wrestle with today is if right and wrong change over time or if right and wrong are immutable tenets carved in stone. In our postmodern world, the concept of their being an Absolute Truth is hard to swallow and viewed as archaic. Our disdain for having boundaries that define behavior and acceptable societal norms prevent us from simply doing the right thing.

Dare to be different today. Do the right thing.