It’s time again for Turntable Thursdays, where we tap into our love of music while focusing on the latest Christian Worship and Praise music.

Come, let us sing for joy to the LORD; let us shout aloud to the Rock of our salvation. Psalm 95:1 (NIV)

Jeremy Camp’s “The Answer,” a single released on my wife’s birthday (which means it is extra-special), is one of my favorite new songs. The song talks about the different challenges we all face in life and how through a power greater than ourselves we can overcome life’s most difficult moments. Camp himself can testify to God’s restorative powers, losing his first wife to cancer when he was only 23 and she was barely 21. Today, Camp and his second wife are blessed parents of three wonderful kids.

Christian singer and songwriter Matt Maher’s newest single-“What A Friend”-came out last Friday, September 15. It is an upbeat, infectious song celebrating the faithfulness and joy that Christ brings to our lives as believers. 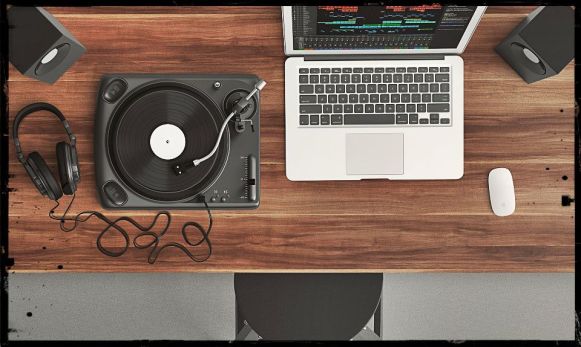 Last Friday also brought the release of Holly Starr’s fourth project “Human” featuring the single “Bruises.” The song reminds listeners to remember we are fearfully and wonderfully made in spite of the difficulties and challenges we might be facing. The single is tight, upbeat, and bound to life your spirits.

Worship leader, Cody Carnes made his full-length inaugural debut last week with the inspiringly entitled “The Darker The Night/The Brighter The Morning.” Carnes’ first big project is a timely production featuring Carnes’ blend of innovative, imaginative style and authentic worshipfulness. The album features several solid worship songs like “Resurrection Blood”, “Through and Through”, and “The Cross Has the Final Word.”

Perhaps my favorite record of the week is the Deluxe Edition release of Zach Williams’ 2016 record “Chain Breaker.” The album is full of great numbers, including “Freedom”, a soulful, rockin’ spiritual anthem sure to get you up out of your comfy church seat. One of the hidden gems on the album is Zach Williams cover of the Allman Brothers classic “Midnight Rider.” Williams teamed up with Third Day’s Mac Powell for a live recording of the Southern Rock classic at the Parish House at House of Blues in Anaheim. Third Day, by the way, also released a new record in August entitled “Revival”. It is the band’s 13th studio album and features some of their favorite songs recorded at the legendary Fame Studios in Muscle Shoals, Alabama.

Keep on praising the Lord! He is for you, not against you.