Suicide has been on my mind a lot lately. No. Not like that. I’m not thinking of killing myself. But like you, my news feed and social media pages have been filled with stories and insights about suicide in light of the recent high-profile suicides of Kate Spade and Anthony Bourdain. Me and Sweet T even watched “13 Reasons Why?” —both seasons–last week. Based on the Jay Asher novel of the same name, 13RW follows a teenage girl named Hannah and the people, primarily her classmates, left dealing with the aftermath of Hannah taking her own life. The Netflix series has received praise and criticism for its depiction of a tough subject. According to the peeps who track those kind of stats, suicide is on the increase. Did you know that 22 military veterans commit suicide every single day? In recent weeks, only days apart, I had conversations with two different men who were contemplating taking their own life.

How does someone get to the point where they want to kill themselves? I’m no expert. Just a lifer like you. I imagine that overwhelmed with despair or overcome with an unending fear, someone decides there is no point in going on. They get to the point where they believe that life is not worth living or that the world would be better off without them in it. They feel hopeless. They come to believe that the value of living is no longer greater than the solace of dying. The pain of things remaining the same, or perhaps the fear that things won’t ever change, overwhelms their innermost being–crushing their soul…causing them to end it all. 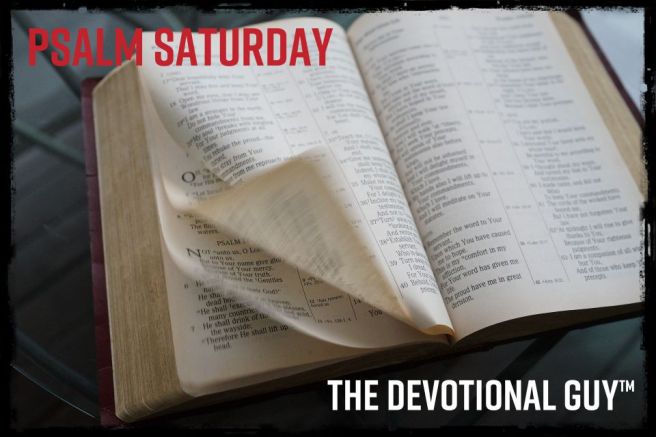 Like many subjects we deal with in life, Scripture has a lot to offer us regarding facing despair and the loss of hope. There are many psalms that lament the dire situations and difficult circumstances of life, similar to ones we face, and often times, even worse.

The title of Psalm 142 identifies that David wrote it when he was hiding “in the cave,” most likely while Saul and his men were pursuing him (1 Samuel 22 & 24). The psalmist speaks as someone who has lost all hope except for the help that God himself can provide. David, likely the psalmist, shares with us how he prayed during this dire situation. He prayed out loud, most likely hoping that God would be more certain to hear him. David poured out his soul, crying to God about his blight. He emptied himself, totally and completely. David could not the path he needed to take to reach safety, but God did. God wasn’t caught off-guard by David’s current circumstance. To David, the road out of his present situation was booby-trapped, leading to certain capture or possibly even death. He knew Saul desired to kill him. David felt alone, forsaken by all his human friends. The fact that David found himself in trouble did not mean the Lord had forsaken or forgotten him, anymore than God forget Adam and Eve at the time of the Fall (Genesis 3).

We see David pray to God with confidence, believing that the Lord would defend and deliver him. God was all he had. He begs God to help him escape from his enemies. He knew that if God delivered him that people, including David, would thank the Lord and sing praise to him because of the Lord’s abundant goodness. God is a good Father. He is our defender. He is our ally. He is for us, not against us. God is able to deliver His children even if no one else is willing or able to help.

A Maskil of David, when he was in the cave. A Prayer.

1 With my voice I cry out to the Lord;

with my voice I plead for mercy to the Lord.

2 I pour out my complaint before him;

I tell my trouble before him.

3 When my spirit faints within me,

you know my way!

In the path where I walk

they have hidden a trap for me.

4 Look to the right and see:

there is none who takes notice of me;

no refuge remains to me;

no one cares for my soul.

I say, You are my refuge,

my portion in the land of the living.

for I am brought very low!

Deliver me from my persecutors,

for they are too strong for me!

7 Bring me out of prison,

that I may give thanks to your name!

The righteous will surround me,

for you will deal bountifully with me.

Are you despondent? Do you feel like life is hopeless and you have nothing more to live for? Do you think this world would be better off with out you? Know that you are not alone. There are people who understand what you’re going through and that desperately want to help you.

You matter. You have value.

There are people who love you, just as there is a God who loves you.

Suicide is not the answer.

To learn more about suicide among military veterans visit 22Kill.

You can make a difference.