We can’t always be sure how, but we can be confident that God is always at work in our lives. This is a truth I have learned repeatedly over my 50+ years of walking God’s good Earth. I’m reminded of this as I sit here examining my latest burns, nicks, scrapes, and scars. These tats of the trade often come with working in a commercial kitchen. I can’t help but smile as I reflect on that cold December day that I found myself standing over a 3-hole stainless steel sink scrubbing the food residue from the pile of plates left behind by satisfied evening dinner guests. Several months ago, walking across the stage to receive my master’s degree, I couldn’t have imagined that I’d be washing dishes and cooking in a restaurant again. It was a familiar setting that I’d experienced on several previous occasions. But, after having left the restaurant business to pursue full-time ministry over seven years ago, I had a bit of rust to shake off as I gathered my bearings. I wondered, “What are you doing God?” At the same time, I was grateful for the much-needed job. My job search since graduating had proved frustrating and disappointing. “How was this ministry?” God, ever patient with me, soon showed me the answer to my question in the hearts and hurts of my co-workers. They needed someone to show them the love I’d come to know and to walk alongside them as they meandered through life’s difficulties.

Then came the curveball. I’ve lived long enough to know there’s always a curveball. I got an email from a recruiter representing a non-profit organization doing workplace ministry. My jaw dropped. I’d applied nearly a year and a half ago and initially didn’t garner any interest from this organization. And now, a few months into my journey back into the food industry, ministry came calling. Long story short, the company sought to hire additional chaplains to make worksite visits and minister to people in businesses and organizations that employed them. After several weeks of interviews and prayer, I received and accepted a job offer as a part-time chaplain. In the matter of a few months, I’d gone from no jobs to working two jobs, in addition to fulfilling the non-paying ministry responsibilities I had taken on in recent years. 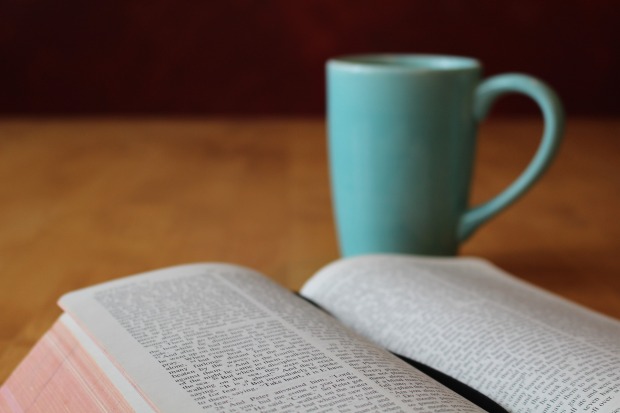 1 After this, Paul left Athens and went to Corinth. 2 There he met a Jew named Aquila, a native of Pontus, who had recently come from Italy with his wife Priscilla, because Claudius had ordered all Jews to leave Rome. Paul went to see them, 3 and because he was a tentmaker as they were, he stayed and worked with them. 4 Every Sabbath he reasoned in the synagogue, trying to persuade Jews and Greeks.

God used the apostle Paul to launch new churches, work as an early missionary, preach the Gospel, heal a crippled man, cast out evil spirits, and even raise a boy from the dead. In addition, God inspired Paul to write thirteen of the twenty-seven books comprising the New Testament. Paul did this, all the while continuing his work as a tentmaker. Rather than abandon his craft, Paul saw tentmaking as a viable means to further God’s kingdom. In addition to providing him financial means, Paul’s “day-job” allowed him to meet spiritually hungry people. It’s doubtful, Paul would have met them apart from his tentmaking work bringing them into contact with him. While he makes it clear that ministers are worthy of the church’s support, Paul chose to work as a tentmaker to support the ministry work God had called him to do. In seeking to pay his own way, Paul freed up monies that local churches could use to contribute to other parts of God’s kingdom.

While I wish the chaplaincy work that I’m doing was full-time, it’s not. And that’s okay. I understand that my cooking job serves as the present-day equivalent of Paul’s tentmaking work in his day. Through these jobs, I can continue my blogging and writing. I’m able to keep up the various ministry commitments I have made like participating in the worship team, leading our 4th Friday outreach team to the men’s shelter, and helping my Sweet T with Operation Christmas Child. No doubt, God is good and faithful to provide.

We work hard with our own hands. When we are vilified, we bless; when we are persecuted, we endure it;

So, I’ve been busy the past six months, learning new things and relearning some old ones too. Both jobs have been rewarding, each in their own way. And once again, I’ve been reminded that God is always at work around us, even if we don’t see how at the moment.

Our mission field is often closer to home than we think. God hasn’t called each of us to travel to the far reaches of the Earth to minister to people. Many of us are intended to be the salt and the light right where we live, work and play. Let me encourage you to be the salt and light wherever it is God has called you to be and through the work the Lord has provided. Work is a gift from God. Be grateful for whatever work He has you doing in this season.

Special thanks to the artists at Pixabay.com and Pixlr.com for the source images and image editing they have provided freely.