Today, the number of deaths from COVID-19 in the United States topped 10,000. Hard to believe that I started the COVID-19 Devotionals two weeks ago. Friday, March 13 was the day, globally, that I think the world turned upside down for most of us.

The coronavirus, now known as COVID-19, had been spreading throughout the world from the moment it first surfaced in Wuhan, China, to different countries in the weeks and months that followed. However, it seems like Friday, 3/13/2020, is the day that we will look back to and remember as being the day and date when life as we knew it changed.

The COVID-19 Devotionals were launched soon after that as a means of chronicling what’s happening in our world and in hope of offering a glimmer of hope and encouragement amidst this terrible crisis.

This installment marks Day 14 since I began this series.

According to internet research I have done over the last couple of weeks, Wuhan, China serves as the capital of the Hubei province in the People’s Republic of China, otherwise known to me and my fellow Gen-Xers as Communist China. With a population boasting over 11 million people, Wuhan is the most populous city in Central China and the ninth most populous city in all of China. Wuhan is one of a handful of cities in China charged with leading, developing, and performing tasks that promote and advance politics, economics and culture throughout Communist China.

A conglomeration of Wuchang, Hankou, and Hanyang, Wuhan is named after the historical collective once known as the “Three Towns of Wuhan.” The city lies in the eastern Jianghan Plain and at the meeting point between the Yangtze and Han rivers.

The idea of an infectious disease causing mass casualties in the world is nothing new. A recent article I read declares that infectious disease bears responsibility for killing more humans than anything else. While it is a new virus, COVID-19 is not a new enemy. Viruses, bacteria, and parasites have killed more people than earthquakes, volcanoes, and other natural disasters. Even the world wars we have fought have not killed as many people as infectious disease. COVID-19 is just the latest in a deadly lineage to reign suffering and mass death upon the world.

According to the World Health Organization, influenza kills between 250,000 to 500,000 people annually.

Malaria, which has seen a steady decline in fatalities over the past 20 years, is still responsible for killing 500, 000 per year.

The Justinian Plague was a pandemic that killed nearly 50 million people in the 6th century A.D. In the 14th century, the Black Plague caused the death of approximately 200 million people. Over the course of its existence, Smallpox is believed to have ended the lives of 300 million individuals in the 20th century alone.

In 1918, one in three people on the planet were infected with the 1918 flu virus. It was more fatal to those deemed the fittest in society at the time–men between the age of 20 to 40 years old–than any other age group. As a result, families lost their breadwinners, communities lost their leaders, and large numbers of elderly and children lost their means of support.

Because it first surfaced in Madrid and Seville, Spain, the 1918 flu was dubbed the Spanish flu. The Spanish flu ravaged the world immediately after World War 1 and before the Great Depression.

Most researchers familiar with the spread of COVID-19 point to live animal markets in Wuhan, China as the point of origin. While experts have not yet ruled out the possibility of the pathogen being brought to the market by someone who was already infected, they do not believe there is any evidence that COVID-19 originated outside of China.

In the case of COVID-19, that somewhere just happens to be Wuhan, China. 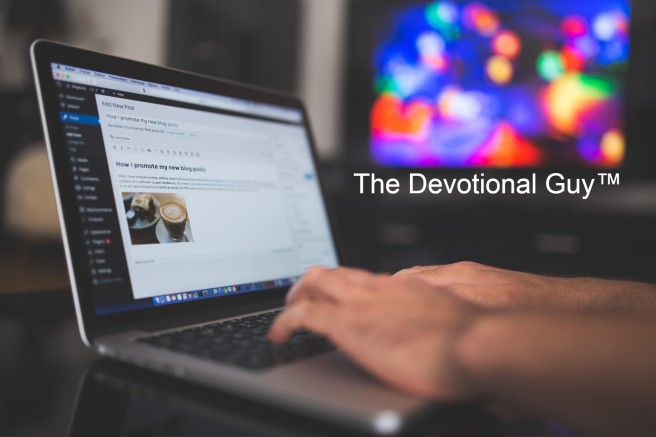 While it will look different than any of us envisioned, tomorrow will come. The world, the nations, our communities, our neighborhoods, our families and us individually, will get past this moment in time. We naturally need to remain optimistic while being realistic.

We need each continue doing our part. The added nuance this week is wearing a mask to cover our mouths to reduce the particles we release into the air, potentially infecting others. Those of us who remain asymptomatic need to view ourselves as possible carriers of the virus, even though we may never experience any harmful side effects.

By now, you probably know someone who has or who had the virus. You may even know someone who died from it. Undoubtedly, this virus will continue to strike closer to home in the weeks ahead. Experts believe—hope(?)–that the peak is within sight, hitting most places in the United States the hardest between April 16 and April 27. That remains to be seen.

While Gen-Xers tend to be skeptical, I also think we are an optimistic bunch. We’re certainly resilient. It seems like something beyond our control has been trying to kill us since we slid out of the womb. Yet, here we are. Pressing on.

Terri and I continue to pray for you. We’ll get past this. No doubt it will be hard. The most difficult days lay ahead of us. But together, we can overcome COVID-19. Keep doing what you’re doing. Wash your hands, frequently. Cover your cough and/or your sneeze. Limit your activity outside your home. Remember to enjoy the walks and look for the blessings in this moment too. They exist. They are real. They are there. Look for them. You’ll find them. 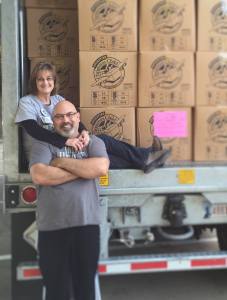 ABOUT: The Devotional Guy™is a writing ministry of Rainer Bantau,  a chaplain actively and intentionally sharing the love of Jesus with people working in the marketplace, the homeless, and wherever else he encounters them.

Thank you to the wonderful visual artists and photographers at Pexels, Pixabay, and Pixlr.