We live in difficult times.

Anyone can see that. Simply turn on the news and review the events of the past week. There is devastation in Nepal, despair in Baltimore. Sometimes it may seem that things are worse today than they were yesterday. But things weren’t exactly easy during biblical times.

Problems aren’t solved by our shrinking away from the truth. Hiding from what ails us only deepens the infection, spreading the disease. Suffering should send us to our knees in prayer, drawing on the One who is the provider of ultimate comfort and true wisdom.

Doing the same thing over and over again and expecting a different result is, as many before me have noted, insanity.

The people of Israel had turned away from God, forsaking Him, and were worshipping Baals, a group of false gods. The people went so far as to build high altars of worship to these false gods so that they could burn their children as an offering to them.

In the midst of this, God charged Jeremiah with proclaiming the truth to the people of Israel—that they had deviated so far from God that they had broken the covenant between God and Israel. You can imagine how unpopular Jeremiah’s dire voice of disent was among the people. He warned them of an upcoming famine and told them that because of their blatant disobedience their land would be plundered and the people would be taken captive by a foreign king. And after all that, they would be removed from their homeland and exiled into a foreign country. I doubt the crowd roared.

The people of Jeremiah’s time didn’t like being confronted with the truth anymore than we do today. But Jeremiah’s message wasn’t simply a message of condemenation, imploring the people to recognize their waywardness. No, Jeremiah’s message also included hope—hope declaring that one day the nation would be restored and return to God.

Often, God gives us a message of warning anchored by a ray of hope. Repent and believe.

This Truth resonates with us today.

In Christ, we have hope. So do not despair. Admit your shortcomings. Confess your sins. Repent and believe on the redeeming blood of Christ, who shed his blood for us, so that all who would believe in Him might receive eternal life. Christ’s Work on the Cross paid the debt we owed and satisfied the wrath of God, so that we no longer have to live apart from God, but can rejoice in the hope we have, be it in the midst of triumph or in times of trouble.

Apart from God, there can be no real peace. With God, there is a true peace—one that surpasses all understanding. 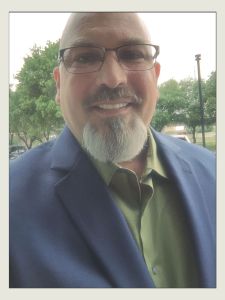 7  “Though our iniquities testify against us,
act, O LORD, for your name’s sake;
for our backslidings are many;
we have sinned against you.
8  O you hope of Israel,
its savior in time of trouble,
why should you be like a stranger in the land,
like a traveler who turns aside to tarry for a night?
9  Why should you be like a man confused,
like a mighty warrior who cannot save?
Yet you, O LORD, are in the midst of us,
and we are called by your name;
do not leave us.”