Each year, we make resolutions, despite statistics supporting that many resolutions are broken before the sun goes down on the new year. We look back at the year gone by, take stock of where we are and determine to make a change or set of changes to improve our lives, ourselves, or our situation. We resolve to eat healthier, drink less, be kinder, and great each day with joy. How did this madness get started?

Centuries before I was a twinkle in my parent’s eyes, the Babylonians began making new year’s resolutions. Believing that the gods would shower them with favor if they kept their word, the Babylonians made promises to their gods to pay their debts and return things that they had borrowed.

Roman Emperor Julius Caesar tinkered with the calendar and crowned January 1st as the start of the new year. Being the emperor is good. You can do things like dictate what calendar the world follows. Soon after, the Romans began making sacrifices to their god Janus, the namesake of January who they believed took stock of the past year as he looked ahead. 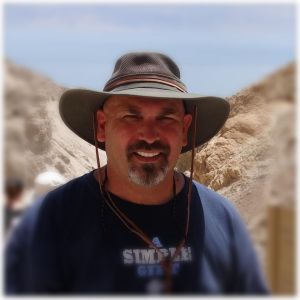 Christians joined in the new year resolution party, and in the mid-1700s John Wesley built on the Christian tradition of contemplating one’s past shortcomings and resolving to do better in the future. The founder of Methodism, Wesley started the Watch Night services, also known as Covenant Renewal Services. The Watch Night service was filled with Scripture readings and hymn singing and afforded Christians a ready alternative to the secular revelry associated with ushering in the new year. During these services, fellow believers gather together and pray, making resolutions for the upcoming year.

What are you resolving to do better in 2017? Is there a change you’re praying for that you hope to see come to fruition in the new year?

Haven’t decided? No worries. I am still working through my list of things myself.

Whatever you choose, know that I am praying for you and that my hope for you is that God showers you with His love in the upcoming new year.