I unzipped the small, front pocket of my black nylon camera bag and pulled out the short cable that connected to my laptop’s USB port. I had taken several photos over the course of several days of our mini-vacation and was anxious to see how they had turned out. I loved taking pictures with the 35 mm digital Canon camera my wife had received as a work gift years ago.

Photography is something I have dabbled in since I was a kid— at times seriously, at other times not so ambitiously. I had even been a photography major in my first couple of semesters of college but found myself changing majors before too long. Back then, you used film and a darkroom and the costs associated with serious photography was a lot for a poor college student to handle. Plus there were a ton of other students doing the same work I was doing, and they seemed to be better at it than I ever hoped to be.

I pulled my laptop out of the black computer bag, set it on the coffee table. I flipped it open and began the long, arduous process of booting it up. The laptop, nearly five years old (ancient in computer years) took longer than it once did. But, it was familiar to me and over our multi-year relationship, had grown fond of it. Funny how that works (And weird).

The screen lit up, prompting me for my password. I let my fingers do the walking and waited for the laptop to load Windows and go through the start up process. I realized I had not ever named my laptop. I wondered if people did that—you know like some folks do with cars?

I glanced down at the icons along the bottom of the screen and quickly noticed that the battery was running low. Did I have enough juice to load the pictures from my camera? Probably not. Hate for something to go wrong in the middle of uploading photos from my camera—that also had no name—onto my nameless laptop (Hercules?).

I returned to my computer bag, intending to pull out the power cable and adapter, plug it in and give my laptop a jolt of bonafide American electric juice. The only problem was that upon reaching deep into the bag, I did not find the cable. No need to panic, I quickly reassured myself. It’s probably just in one of the other pockets or panels. My laptop bag had seven pockets in all, not counting the inside pocket in the middle panel. I unzipped the other pockets, confident that my hands would land on the plastic-covered cables. Nothing.

My heart began to race. Where could my cables be? I know I put them in the bag when we left the hotel. I know it. Then weren’t they there? My palms began to sweat. My throat started to narrow and close. Breathing harder than I was before, I panicked. What if I had left the cables back at our hotel? Crap. They were surely gone. Probably sold to some seedy underworld hacker. In my mind, I quickly imagined that there was likely a whole network of computer geeks and techno-junkies majoring in stolen computer supplies. Was I lost in an unaired episode of Mr. Robot? 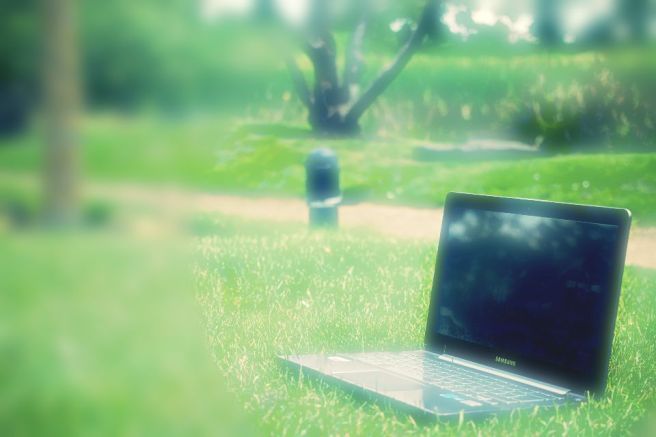 I rushed to the closet to dig through my suitcase. Rummaging through the clothes I still needed to unpack, I desperately sought the cables. I really want to see those pictures. There were some great sunset photos on the camera that I had taken along our walks on the beach. Sweat was dripping from my brow. Was the air working? I know I had turned it on when we got back. I stopped what I was doing, wiped my face with the bottom edges of my t-shirt, and walked over to the thermostat in the hall. 72 and cooling. I pushed the minus button until it read 68. That oughta do it. Back to the suitcase to complete my quest. After fifteen minutes, nothing. Nada. Zip. No cord. No cable. No adapter. Nowhere. Crap, crap, crap.

I stomped back into the living room. That’s when I saw it. Laying on the couch next to the bag. Where did it come from? Had it secretly snaked it’s way on the sofa while I was busy looking for it in my suitcase? The cable dangled there, menacingly questioning my sanity. I know it wasn’t there earlier. I glanced through the house, checking the doors to make sure nobody had entered while I wasn’t looking. Am I going crazy? Was this the beginning of some long-forgotten family illness robbing me of my mental faculties?

I took a deep breath. My heart slowed, no longer pounding in my skull. The hot sweat turned clammy, eventually dissipating into thin air. I must have pulled it out of the bag and in my panicked rush not realized that I had actually found what I was looking for.

Shaking my head, glad that my wife wasn’t home to see her stupid husband freaking out over a computer cable, I refocused my energies to the task at hand. I plugged in the cable and happily saw the battery icon go from nearly empty to “now charging.” I was ready and able to upload those photos. Now, where did I set down that camera cable?

One thought on “Yikes!”