Coming back home to look after my Mom while she recovers from her fall has brought up a lot of old, faded memories. Being in the place where I grew up naturally lends itself to reflection and reminiscing. Marshall, Texas is where my childhood memories live. Marshall is where I got my first paying job shortly after I turned 15. I stocked shelves and kept track of lay-a-way at the old Magic Mart, located near where the Life Center is nowadays. Being 15, I could only work a few hours after school during the weekend some on weekends. If memory serves (and mine is a bit spotty in places) we were closed on Sundays back then because of the old “Blue Law”.

Magic Mart closed about a year after I began working stocking shelves there. It took a bit to find a new gig, because jobs in Marshall were far and few between, especially for long-haired teenagers. I was super excited to land a job waiting tables at a small restaurant operating in what I remember being the Ramada Inn (again, my memory is fuzzy on some of that. Back then, I tended to be dazed and confused.) A fella named Jim opened a K-Bob’s (where the Jucy’s Burger stands today) and I did my training at the Ramada Inn, while Jim and crew finished getting ready to open. Being part of a restaurant opening turned out to be a great experience that would serve me well years down the road as an opening supervisor for several Babe’s Chicken locations. Even though I was still a high school kid, not even 17, I got a little taste of what it was like to start something from scratch. One of my most memorable moments waiting tables was having a steak fly off my tray straight into Father Priest’s lap (he was the local Catholic priest at the time). He delivered a perfectly timed punchline akin to “I think that one’s still alive”. Eventually, I got to start training as an Assistant Kitchen Manager, which turned out to be harder than I thought it would be and tested my patience. I think Jim saw something in me worth investing in, but unfortunately, at the time, I didn’t see it. 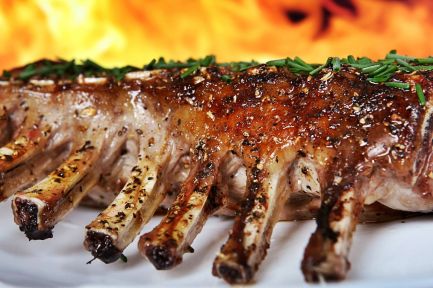 Working at K-Bobs wasn’t my first restaurant gig. As a kid in living in Switzerland, my parents and I would drive up to Busslingen, Germany to visit their friends the Ritzi’s. The Ritzi’s ran a little Inn up on a hill in Busslingen. Martin and Julia ran the day-to-day business under the watchful eyes and good home-cooking of Martin’s mother, “Oma Ritzi” as everybody I knew called her. They had a full-service restaurant and bar complete with a jukebox. I remember being the entertainment on Friday and Saturday nights, singing songs along with the 45s. That’s before Karaoke. I liked talking to people (imagine that) too. I’m sure this drove my folks’ crazy. But it all seemed natural to me.

I worked at K-Bob’s for about a year and a few odd jobs in between before going to work at Marshall Pottery’s Old World Store, where I met more great people and got to do a little bit of everything, including learning how to engrave glass and become a local expert on cookware, dishware, and glassware, all while working for Ginger Walker. Ginger treated people right and taught us well. Looking back at it now, I learned a lot from Miss Ginger.  Oddly enough, Magic Mart, K-Bobs, and the Old World Store are all closed now. It certainly wasn’t due to the lack of great people managers.

During my first couple of stabs at college, I worked in radio and at a couple of the local bars in the area. I took a year off before deciding to go back to school. During my year off, I made my first attempt to get clean and sober.

When I got back to Commerce, I got a job at a local restaurant as a cook. The place was called the Hayloft. About a year later, I got promoted to manager and continued to learn a lot about food, people, and restaurants. I continued to work part-time some at the local radio station, KETR, for then General Manager, Rob Stanley (who’s a minister these days). I learned most of what I know about bars the old-fashioned way…sitting in a bar stool. 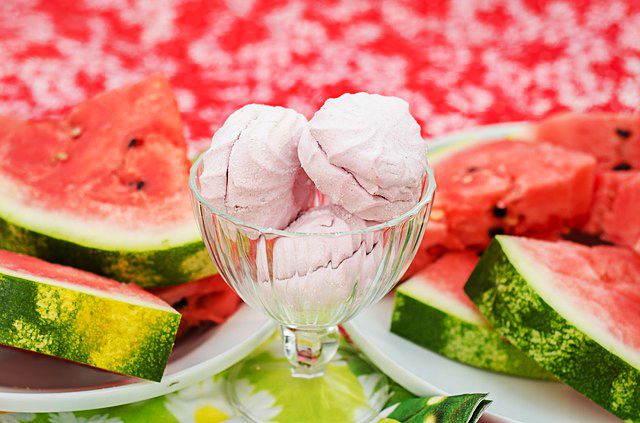 During my time at the Hayloft, I met a lot of great folks and worked with even better people. We had a fantastic time serving a lot of fabulous food. After the Hayloft closed in the early 90s, I found myself in Dallas working for David Beard’s Catfish outlet before eventually winding up, down on my luck and trying to get sober, at the steps of Babe’s Chicken Dinner House in Garland. I got a job there as fry-cook, dishwasher, and prep cook. It didn’t pay a whole lot, but it was steady work and the paycheck was dependable (which was saying a lot for the restaurant business back then).

After some bumps, bruises, highs and lows–the kind that accompany most of our lives and some that smarter folks than me seem to be able to avoid–I wound up moving out to Roanoke, Texas to become the company’s first Kitchen Manager at the Babe’s in Roanoke. At the time, I was simply trying to live one day at a time, keep my head on straight, and do a good job. The hours were long and the work challenging, if not downright hard. There’s nothing quite like having your fryer go up in flames on a Mother’s Day Sunday afternoon with a couple hundred folks standing outside waiting to show their Momma a good time or your fry crew not showing up on a Saturday night to make things interesting.

The hard work paid off and in 2000 I became the GM of Babe’s Roanoke. Those years are extra special to me and hold a sweet spot in my heart. I met a lot of good people through my years working on Oak Street. Friendships that have lasted a lifetime. Not to mention, we cooked and ate a lot of food. It’s where I became “the Chicken Man”. The restaurant grew and grew and we found ourselves featured in numerous periodicals, including “D Magazine”, “Southern Living” and even on the Food Network. The food made it great; the people made it special. 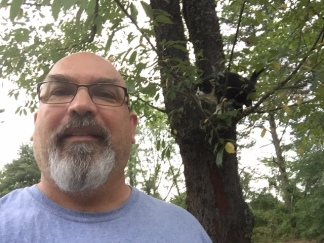 But like all things, change is bound to come. The Bible says there is a time and season for everything. As I recently discussed with Dr. Randy Fitzgerald, a pastor friend of mine, it’s a difficult passage that contains hard truths that we all must face someday. Live long enough, you’ll know what I mean. Somewhere along the road to helping build a local iconic, independent restaurant chain, I met my future wife to be and found Jesus. After investing 17 years of my blood, sweat, and tears with the Babe’s family and spending nearly half my life in the restaurant business, I left to pursue full-time ministry.

Since leaving Babe’s, I haven’t worked much in the food business or with food. This has been hard and different, difficult even. Terri and I do enjoy dining out a lot and love trying out new dinner places. We have our favorites and our mainstays, of course. Having spent a good chunk of my life working in it, the food business is what I know.

My time in ministry has been filled with highs and lows. It’s been harder than I ever imagined it would be. I’ve had great times doing outreach, weddings, funerals, worship and other ministry initiatives like Operation Christmas Child. Looking back at it now, God’s been using me to minister to others through food and people for a long time before I even realized God was ever-present in my life. Funny, how that works. 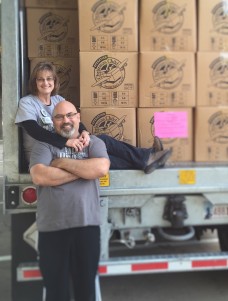 While it might be hard for you to realize it by examining my svelte figure seen in my pictures, I love food. I love to cook. I love to eat. I love seeing people surrounded by their family and friends enjoying a fabulous meal together. Taking care of my Mom these past several weeks, I’ve had a chance to rediscover my love for cooking as well as having the opportunity to experience some fantastic food delivered to us by friends and Mom’s church family.

I am a writer who loves food, loves Jesus and loves family. Family to me, by the way, quite naturally includes friends. After all, for some of us, friends are the best family we have.

Food, faith, and family is a pretty good combination if you ask me. 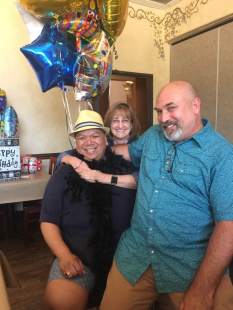 In the days and weeks ahead, I hope to write more about these things because they play such a prominent role in my life, and I imagine yours as well. I pray you’ll stop by, grab a bite (digitally speaking of course), and read a bit.

If you have a favorite recipe, restaurant, or food-blog drop me a line. 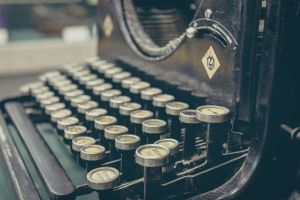 The Devotional Guy™ is a blog written by Rainer Bantau, an ambassador for Christ and an advocate for people seeking to grow in their relationships with God and their neighbors as they navigate the hills and valleys of life. View all posts by The Devotional Guy™

One thought on “Faith, Food, & Family”