Don’t forget in the darkness what God promised you in the light. ~Mark Jones

A senseless act, by definition, defies logic and rationale. Whatever the Las Vegas killer’s motivation may have been, it doesn’t matter. I’m sure he saw his actions as justifiable. But what spurned him to do this horrific thing really doesn’t matter to me. The weapons he chose to use, the method he used to execute his plan, none of that matter to me. I simply don’t care.

His actions don’t prove that God doesn’t love us or that the Lord has abandoned us. His actions prove nothing. His actions only hurt and terrorize a nation and a world already on edge. His actions only serve as a reminder that evil does exist. Evil doesn’t need a cause to rear its nasty head. Evil is self-deceiving by nature and all-consuming. It sucks out life and light wherever it finds a home. Evil kills, murders, maims, injures, wounds and destroys. Evil does what it does because it’s evil.

Evil lies. Like there is any reason that anyone could ever give you that would make you say “Oh yeah! I get it now.” There’s not. We’ve been through enough of these types of events to know better. And no, it won’t be the last. Sadly, it probably won’t even be the worst. One day evil will up the ante. It always does.

Let’s not allow this to become another platform for our individual views on weapons,  politics, or whatever. Let’s focus on the people whose lives were extinguished, the hundreds that were wounded, and the thousands that were violated. Let’s celebrate them. Let’s help them. Let’ love them.

We live in a world of differing views and perspectives. We don’t agree. We won’t agree. Democracy is not about agreement. Democracy is about acceptance in light of our disagreements. We’re different. Let’s get over that already.

Let’s not make this about politics, gun control, or even terrorism. To do that would be giving the gunman’s wicked rationale a leg to stand on. He doesn’t deserve that. At best, he deserves our prayers and forgiveness. But I’m not sure we’re there yet. I know I’m not. I doubt his family is. They need our prayers. Imagine what they must be thinking and going through. Imagine if your loved one did this. 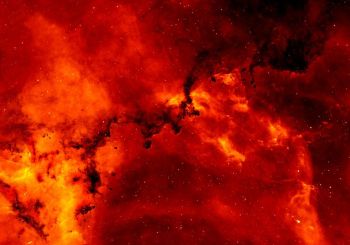 For starters, if you are able, be a doer. Help those affected by the tragic events in Las Vegas by lending a helping hand, a listening ear, or by donating blood, or giving them a hug. Let those who lived through it know that you love them, regardless of who they are, what they believe, or even the music they listen to.

Another action that you can take regardless of where you stand in proximity to the shooting is prayer. Pray with them and for them. Pray early. Pray often. Pray now. This is going to be hard to get over. To date, there’s been no larger act of violence than this in America,  9/11 respectfully aside. Prayer is a powerful weapon. Prayer is more than just an expression of good thoughts and kind words. Thoughts and words are limited. Prayer is not.

Be there. Be present. Be in the moment. Talk. Listen. Lend a shoulder to cry on and arms to wrap around those who need comfort.

Whatever you do, don’t let this become another platform to divide us. That’s what evil wants to do. Kill our joy. Kill our hope. Kill us.  Instead, let your light shine.