Before we check out Matt Redman’s new record ‘Glory Song’, I’d be remiss to start off this edition of Turntable Thursdays without stopping to pay tribute to Tom Petty. Petty was a consummate live performer and incredible songwriter who added a slew of rock classics to the Great American Songbook. If you ever saw them perform live, Tom Petty and the Heartbreakers blew you away. Each of them phenomenal musicians in their own right, together the Heartbreakers etched out a unique sound that rocked our ears, touched our hearts, and stirred our souls. In a couple of interviews I watched the past few days, the band’s keyboardist, Benmont Tench, emphasizes the importance of listening to one another and giving each other space to play in, knowing when to play and when not, and taking care not to tread over one another. Tench stressed that these were key to playing in an ensemble. And Tom Petty and the Heartbreakers were as fine an ensemble as any to ever grace a stage.

My earliest memories of Tom Petty go back to the late 1970s (no, there were no dinosaurs still alive then). I remember hearing ‘Refugee’, ‘Breakdown,’ and ‘American Girl’ around the time I was in 9th grade (1979). I had started playing piano a couple years earlier, around 1976.  The prominence of the keyboards in the Heartbreaker’s music naturally caught my ear.

A young, awkward punk kid with fanciful rock-n-roll dreams, I befriended another kid named Charles Van Devender who played a little guitar and who everybody called Van. Van was also a Petty fan and had already collected every one of the albums the band had released at the time. Van and I started jamming together on occasion, with him on guitar and me on piano and a Casio keyboa

rd that Van had bought at Radio Shack.

In 10th grade, another friend of Van’s, Robert Bulloch, joined us for our jam sessions. We were just kids playing music. A few months down the road, we joined up with a couple of other dudes, who played bass and drums (Roy Hufstedler and Jon Beck) and before we knew it we had formed a little trailer band (we often rehearsed in trailer instead of a garage). We did covers of the Beatles and the Stones, the Eagles, Lynyrd Skynyrd, Rush, Chicago, and Styx, along with some Zeppelin and Kiss. Heck, we even learned a couple of Cars tunes. And of course, we worked in Tom Petty and the Heartbreakers. By the time we’d formed our band, ‘Hard Promises’ had been released and we quickly added ‘The Waiting’ to our repertoire.  I remember the video for ‘Stop Draggin’ My Heart Around’ first coming out (1981) with Stevie Nicks joined by Petty and the Heartbreakers. Brimming over with testosterone, we instantly saw Tom Petty as our hero. Stevie Nicks had it going on and there was Petty crooning next to her. Honestly, I’m not sure we knew how good we had it back then, even though times weren’t easy.

Fast forward to the future…the sudden passing of Tom Petty Monday night has left the fans who loved him in shock, particularly on top of the tragedy that occurred earlier in Las Vegas. After weeks of seeing all the devastation wrought by a series of powerful hurricanes unfold, saying goodbye to one of America’s greatest songwriters felt like a kick below the belt.  To me, Tom Petty’s songs always provided a comforting reminder that let you know everything was gonna be alright, even though the world around us might seem like it was falling apart. Even though he has left this Earth, Petty’s music will live on, and I’m sure I’ll be joining you jamming out to his music while I’m truckin’ down the road.

R.I.P. Tom Petty. I pray you’re having a blast learning to fly somewhere where you are eternally free. 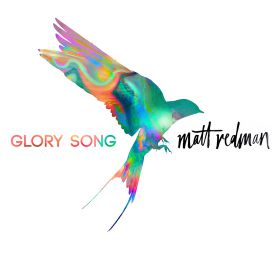 Matt Redman’s ‘Glory Song’ is an incredible praise record filled with great songs that believers can celebrate and praise to. In the midst of what feels like an painfully difficult season in our World, Redman’s new project is a welcome reprise from the devastating anguish surrounding us. His latest release is an angelic sound to my ears and a big lift up to this worshipper’s heart. The record features a number of guest vocalists (Kierra Sheard, Tasha Cobbs, Madison Cunningham, Kim-Walker Smith)  and even a rapper (Guvna B).

From the first track, which opens with  a very, spiritual, Gaither-esque feel, to the final song, Redman has put together a solid album that pays tribute to our Lord and Creator, proclaims the hope believers have in our Savior,  and offers praises reminding us how through His Spirit, God is working all around us. My early favorites include ‘All Glory’, ‘Gospel Song’, ‘Greatest Hallelujah’, ‘Gracefully Broken’, ‘One Day’, and ‘Redemption Song’. Go ahead and give it a listen on Spotify or iTunes or whatever listening method you use. You’ll be uplifted and blessed. It may be Redman’s finest record.

Until next time…keep the music playing. 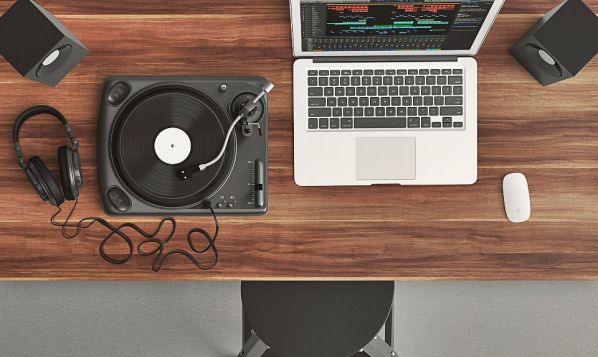 The Devotional Guy™ is a blog written by Rainer Bantau, an ambassador for Christ and a spiritual advocate for people seeking to grow in their relationships with God and their neighbors as they navigate the hills and valleys of life. View all posts by The Devotional Guy™