Today, March 25, 2018, marks the 10th anniversary of my Dad’s passing. It’s hard to fathom that ten years have gone by since my Dad’s death from the effects of a massive stroke. He had his first major stroke in the Fall of 2003. It was debilitating.

I remember standing at the end of his hospital bed back in 2003, realizing that he didn’t recognize me. He had no idea who I was, what our relationship to each other was, or why I was standing at the end of his bed. The stroke had robbed him of the ability to have any short-term or long-term memories. So everything he learned, he forgot immediately. Everything he knew, he no longer remembered. His death nearly five years later, while difficult in many ways, was a blessing in disguise.

The steadfast love of the Lord never ceases;
his mercies never come to an end;
they are new every morning;
great is your faithfulness.

I’ve watched my Mom blossom and grow tremendously after she faithfully took care of him during his most difficult years. She modeled the harsh reality of “for better or for worse” during those years. Both Terri and I were amazed how well she took care of him and how valiantly she took on the challenges that my Dad’s initial stroke brought to her doorstep. In the ten years since, we have seen Mom bloom. 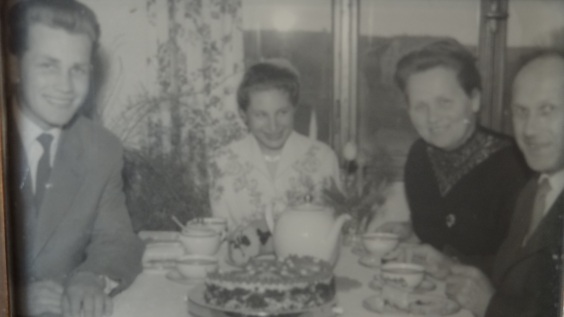 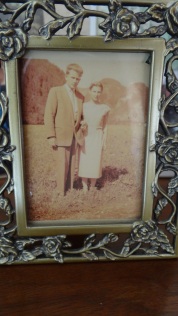 My Dad worked hard. He had lifelong friendships. He helped others. He tried to be the best Dad he knew to be. Living in the East Prussian seaport of Pillau, near the city of Königsberg during the Second World War, Dad grew up quickly. With his own father away at war, he found himself becoming the man of the house at an early age. He learned early in life what it meant to sacrifice and suffer as he and his mother fled his boyhood home a few weeks after Christmas nearly dying on a ship bound to Denmark in early January 1945. Dad had not yet turned 10.

Both my parents are survivors of a war that did not involve them yet changed the course of their lives forever. Dad never talked about his experiences during the war, with the exception of a few stories, like watching a headless woman running in the streets carrying her newborn child after a bomb had detonated near her. No doubt these early experiences changed how a once innocent boy viewed the harsh world he called home. 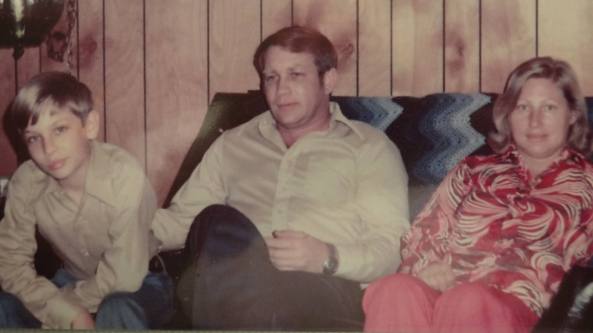 I imagine these early childhood experiences shaped his disdain for war and his preference for reason in matters of faith. How could they not. He loved machines and math. He knew what to do with machines, naturally gifted in understanding what makes them tick. For him, machines were trustworthy in an untrustworthy world. He knew the Bible, yet had no real love for religion. He favored learning to make up your own mind over indoctrination. His childhood had taught him that life spared no quarter.

From the numerous people he influenced and mentored, I learned that he was generous in sharing what he knew once you proved to him you were worth investing the time to teach.  He wasn’t an easy man. He was exact. He was super-organized, always knowing if anything was the least bit out-of-place. Dad had no use for dishonest people. 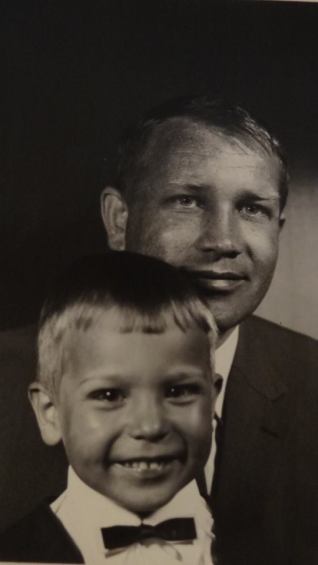 When I was a young boy, my Dad was my hero. Somewhere along the way, we grew apart, not seeing eye-to-eye on nearly anything. Like him, I was and always have been headstrong. We never stopped trying though. Over the years, I grew to love my Dad. I think he grew to love me. I know that today, I miss him and wish he were here. I don’t know if he was a believer. I have no real evidence to say that he was. But I do know God’s grace is immeasurably greater than anything we can imagine and that with God all things are possible. Therefore, I look forward to seeing Dad in Heaven one day. I’m sure we’ll both be pleasantly surprised.

To our God and Father be glory forever and ever. Amen. Philippians 4:20 (ESV)