Two years ago, at the end of protests on the night of July 7, 2016, a lone shooter ambushed a group of Dallas police officers, killing five men and injuring nine others. The ambush came amid high tensions across the nation concerning a rash of police shootings that received massive media scrutiny and sparked nationwide outrage, particularly in black communities.

Dallas is a city that has witnessed horrific events before. In 1963, JFK was assassinated here. After September 11, 2001, the skies above DFW, normally filled with flying machines, hovered quietly and somberly for days on end as the nation attempted to come to grips with what had happened that fateful day.

Two years after the shootings in Dallas, tensions and dissension remain. Yes, the focus and topics have changed, but the societal gaps have widened. We are not a nation that has been drawn closer together. The cohesiveness and unity of the day after 9-11 are a distant memory.

In the days that followed the cowardly attack, I had the privilege of attending several of the funerals for the officers. Pulling up to park at the memorial service for Dallas Police Sergeant Michael Smith, my friend Mark Jones and I were blown away at seeing the thousands of police cars and motorcycles lining the streets around Watermark Church. Mark and I lamented the state of race relations in America, discussing how, as ministers, we should respond to the ever-increasing tensions between our two respective races.

While we did not assess people by their skin color, we knew that people in the world did. We both believed in law and order and supporting those who protected our families and communities. Our hearts ached for the fallen officers and their families and the tensions splitting our nation apart. Walking to the church, neither of us knew that the Lord would call my friend Mark home the following year, days before the one-year anniversary of the ambush. 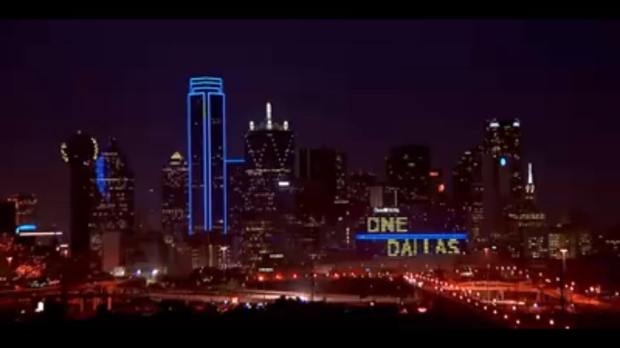 The focus of those days has shifted. The vitriolic venom, though, has not subsided. Our country is not any more united today than it was on that day. The divide still exists. Protests continue. As a nation, we are weary. Weary of the terrorism, tired of war, fed up with the drug epidemics, and frustrated by the unending protests against seemingly everything and everyone.

3-5 And you! Are you indifferent, above it all,
leaning back on the cushions of Israel’s praise?
We know you were there for our parents:
they cried for your help and you gave it;
they trusted and lived a good life.

6-8 And here I am, a nothing—an earthworm,
something to step on, to squash.
Everyone pokes fun at me;
they make faces at me, they shake their heads:
“Let’s see how God handles this one;
since God likes him so much, let him help him!”

9-11 And to think you were midwife at my birth,
setting me at my mother’s breasts!
When I left the womb you cradled me;
since the moment of birth you’ve been my God.
Then you moved far away
and trouble moved in next door.
I need a neighbor.

12-13 Herds of bulls come at me,
the raging bulls stampede,
Horns lowered, nostrils flaring,
like a herd of buffalo on the move.

14-15 I’m a bucket kicked over and spilled,
every joint in my body has been pulled apart.
My heart is a blob
of melted wax in my gut.
I’m dry as a bone,
my tongue black and swollen.
They have laid me out for burial
in the dirt.

16-18 Now packs of wild dogs come at me;
thugs gang up on me.
They pin me down hand and foot,
and lock me in a cage—a bag
Of bones in a cage, stared at
by every passerby.
They take my wallet and the shirt off my back,
and then throw dice for my clothes.

19-21 You, God—don’t put off my rescue!
Hurry and help me!
Don’t let them cut my throat;
don’t let those mongrels devour me.
If you don’t show up soon,
I’m done for—gored by the bulls,
meat for the lions.

22-24 Here’s the story I’ll tell my friends when they come to worship,
and punctuate it with Hallelujahs:
Shout Hallelujah, you God-worshipers;
give glory, you sons of Jacob;
adore him, you daughters of Israel.
He has never let you down,
never looked the other way
when you were being kicked around.
He has never wandered off to do his own thing;
he has been right there, listening.

25-26 Here in this great gathering for worship
I have discovered this praise-life.
And I’ll do what I promised right here
in front of the God-worshipers.
Down-and-outers sit at God’s table
and eat their fill.
Everyone on the hunt for God
is here, praising him.
“Live it up, from head to toe.
Don’t ever quit!”

27-28 From the four corners of the earth
people are coming to their senses,
are running back to God.
Long-lost families
are falling on their faces before him.
God has taken charge;
from now on he has the last word.

30-31 Our children and their children
will get in on this
As the word is passed along
from parent to child.
Babies not yet conceived
will hear the good news—
that God does what he says. 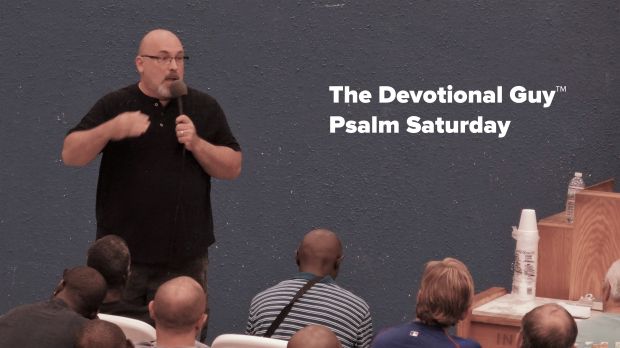 In Psalm 22, we find David weary and frustrated, feeling despondent, and wondering if God had forsaken him. Yet, he remained confident that God would look after him. Frustrated by God’s apparent lack of response to David’s prayers, he found encouragement through remembering God’s past faithfulness and goodness.

David teaches us a valuable lesson through his response. We see David demonstrating attitudes and concerns in similar ways that we do when the world seems to be piling problem after problem at our door. Amidst the turmoil swirling around his situation, David steps back long enough to remember the Lord’s previous mercies and grace. This made his present troubles appear small in retrospect.

David outlines his dire circumstances and then confidently expresses his personal trust in the Lord and belief that the same God who provided for him before will deliver him from certain death now.

When we find ourselves mired in the valley, we forget what we experienced on the mountaintop. My late friend Mark would often say something like “Don’t forget in the darkness what God showed you in the light.”

Yes, in this life we will have trouble. But, as we see in this Psalm written by David centuries ago, we can be confident that we serve a God who is trustworthy. God is able. With an able and faithful God on our side, we have nothing to fear in this life.

As a nation, I pray we will remember what we share in common is far greater than that which divides us. We must move past the vitriolic discourse and begin having honest conversations about what ails us. In my lifetime, I have seen our nation move far away from God. We have forsaken and forgotten Him, pushing Him out of virtually every facet of our lives. We’ve taken the wheel. We’ve become the pilots now. At best, we ask God to be our co-pilot, to ride along with us, as we pursue our will and seek out our own ways. Along the way, those who have pledged to protect and serve us are slaughtered on the battlefields far away and those close to home. 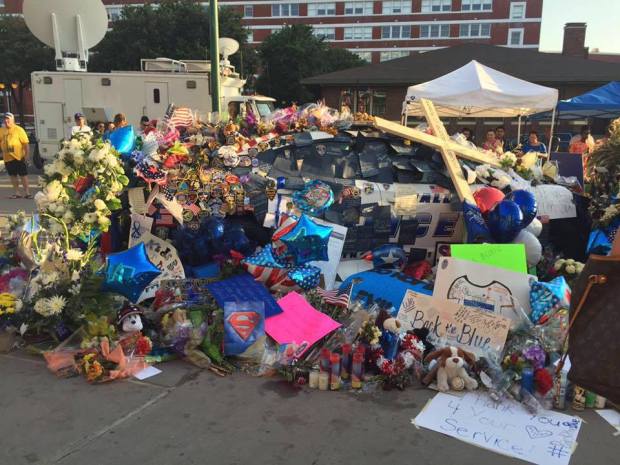 Please checkout Gary Miller and I discussing “Everythingness” on the WorshipMinistry.com podcast.